Summary of the research project:

The main objective of this multidisciplinary research (anthropology, law, gender studies, cinema) is to describe and understand the process of identity construction of the children of mixed couples who have been socialized in Morocco.

Based on a qualitative approach, it will address the following three research sub-objectives: 1) to document the main choices of children of mixed couples in relation to identity markers transmitted or not by their parents; 2) to examine their sense of belonging; and 3) to identify and study the various elements that have contributed to the process of identity construction (including the impact of social perception and experiences of discrimination and racism, the forms and intensity of their transnational practices, the influence of the gender factor and the Moroccan Family Code).

The project consists of two complementary methodological stages. Firstly, semi-structured one-to-one interviews are conducted with 50 children of mixed couples aged 18 and over who have been socialized in different cities in Morocco and whose parents are mixed on an ethnic, religious or national level. Secondly, cross-references are made by conducting semi-structured interviews with the family members (grandparents/parents/friends) of a dozen of the descendants interviewed. Ethnographic observations will also be carried out within these mixed families.

Despite the recent increase in the proportion of mixed unions, knowledge about children from these unions remains very limited in Morocco as it is elsewhere. The project will create a new knowledge base around the identity construction process of these individuals and the various elements that shape it; in particular, gender, the legal and legislative framework related to the family, experiences of discrimination and racism, and transnational practices that have rarely been studied.  The spin-offs will affect both the scientific community and a wider public (civil society, public institutions, schools, decision-makers, the general public).

At the same time, our Canadian partners from the Institut universitaire SHERPA and professors from the Université de Montréal will conduct a similar study with children of mixed couples socialised in Quebec. The comparison of the results of these two studies, conducted in very different contexts, will allow us to highlight the differences and similarities of the two contexts as well as the specificities of the Moroccan context.

Our partnership with researchers from the faculty of legal, economic and social sciences at L’Université Abdelmalek Essâadi de Tanger will allow us to explore not only the legal aspects but also the gender perspective of the project. We will also collaborate with a team of young Moroccan filmmakers (Addicube) on a documentary project. It will illustrate and complement the data collected by the research team on the theme of children of mixed couples. The artistic approach will allow us to reach a wider audience, with the documentary becoming an awareness-raising tool that will accompany the dissemination of research results in academic circles, and also with public decision-makers, associations, festivals, schools, etc… To summarise, the results of this research (whether in a scientific or artistic format) will provide a better understanding of some of the issues and changes that Moroccan society is currently experiencing with regard to cultural diversity (immigration) and integration while providing avenues for reflection and guidance that can help everyone to live together better.

*The term child refers here to the position of the individual in the mixed family. It is a definition in terms of generation rather than of age. 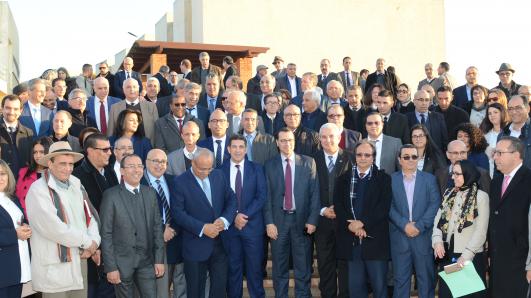 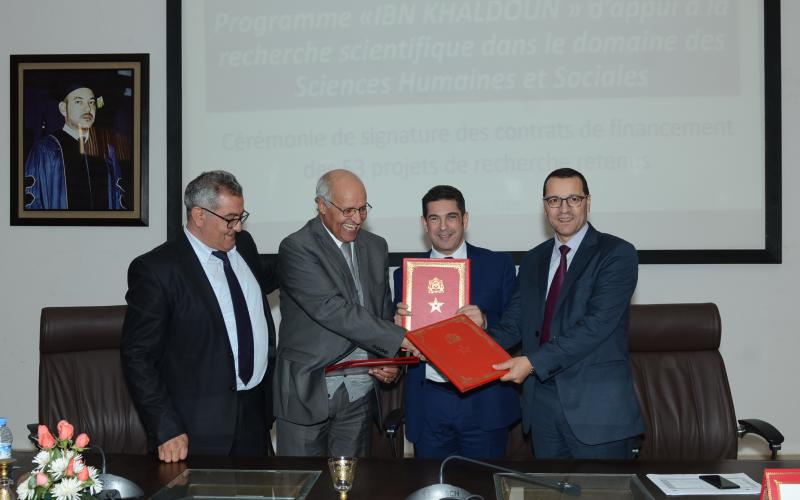 This research project is funded by